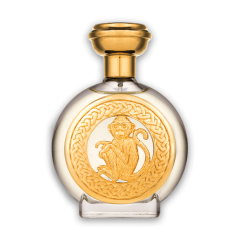 Hindu statesman Rajan Zed, in a statement in Nevada (USA) today, said that inappropriate usage of sacred Hindu deities or concepts or symbols or icons for commercial or other agenda was not okay as it hurt the devotees.

Zed, who is president of Universal Society of Hinduism, indicated that Lord Hanuman was highly revered in Hinduism and he was meant to be worshipped in temples or home shrines and not to be thrown around inappropriately for mercantile greed.

Luxury fragrance brands should not be in the business of religious appropriation, sacrilege, and ridiculing entire communities. It was deeply trivializing of immensely venerated Hindu deity Lord Hanuman to be portrayed on a perfume label, Rajan Zed emphasized.

Hinduism was the oldest and third largest religion of the world with about 1.2 billion adherents and a rich philosophical thought and it should not be taken frivolously. Symbols of any faith, larger or smaller, should not be mishandled; Zed noted.

Hindus were for free artistic expression and speech as much as anybody else if not more. But faith was something sacred and attempts at trivializing it were insensitive, Rajan Zed added.

In Hinduism, Lord Hanuman is known for incredible strength and was a perfect grammarian.

Bottle of Hanuman perfume, described on the company website as a “scent full of mischievous intent”, was priced at £850 (100ml).

Fragrances of one of the most expensive perfume labels in the world, “Boadicea the Victorious“, are said to be available at a selection of 107 boutique perfumeries and luxury department stores around the world; including in United Kingdom (UK), France, Italy, Germany, Australia, Saudi Arabia, Israel, Nigeria, Iraq, Sri Lanka, etc. Its partners include UK luxury department stores Harrods and Selfridges, TSUM Moscow, French department store chain Printemps. It has a boutique in Harrods London, titled “Salon de Parfums“.  Launched in 2008, it describes itself as: “inspired by Queen Broadicea and her legendary exploits at the head of the Iceni tribespeople“; and claims its “fragrances are worn by Michelle Obama, Kate Moss, Madonna, Amber Rose…”.

Idolators: Those Who Claim the Right to Oppress or Enslave Others

Is this the end for Colonial Christianity?

After Paris: A World That Has Lost Its Ethical Direction & Spiritual Foundation and a Media that Cheerleads for Fear and Militarism