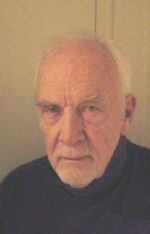 May the reader permit a 91 year old Korean War vet to offer a review of his past Memorial Day advisories from today back to 2006.

For this year’s Memorial Day advisory we quote from “Memorial “Daze”: Nightmares of Empire”

To Americans: Thousands of our young kids have been killed just in Iraq and Afghanistan, not to mention how many of our soldiers lost legs, arms, eyes, genitals, and their minds (check out the skyrocketing suicide rates) during these occupations. Then, those of you out there who still maintain some sort of humanity, turn your attention to the hundreds of thousands of Iraqi and Afghan civilians destroyed by our army and air force! The drinking water supplies ruined, electrical grids not functioning, hospitals under equipped and understaffed, food shortages, crops and arable land destroyed, depleted uranium slowly sucking the life out of tens of thousands. Need I go on? All for lies and empire! To honor a soldier that is used for such heinous acts is an injustice to both the memory of him and the memory of the victims of such assaults.

So we say, you wish to put up memorials? Great idea!

How about a memorial for all the victims of aggression and oppression, which includes our brave young soldiers? You see, to simply wave that flag, or wear it on your lapel or car, is not enough. To read the names of the dead soldiers is not enough. There needs to be a shift in consciousness by our neighbours and our community. People need to understand that our towns and cities are broke because over 50% of our federal taxes goes to pay for War Spending aka Defence Spending. As long as our fellow Americans accept that and say nothing, this empire continues to eat up the world and itself!Mourn Not Honor Americans Who Died in Dishonorable ‘Mistaken’ Wars for GOP DEMS & Wall St. Deep State

May 30, 2021 by Jay Janson .|Humankind is in an ugly period of suffering in the bloody hands of imbecilic investors in war, who own the American government and media and who cannot stop themselves from planning war, even terminal nuclear war, since they know that wars make money.. Their funded elected politicians and media praise war on Memorial Day.

May 25, 2020 by Jay Janson |On Memorial Day, after mourning our loved ones, taken away from us by our ruling criminally insane murderous investors in Weapons of Mass Destruction on Wall Street, let us at least indict these pathetic, racist colonial powered accumulators of capital in our hearts and minds and look to the day when pale skin bankers will no longer wield such incredible power over the planet and humanity.

Memorial Day! Mourn US Soldiers Killed in Criminally Dishonorable Wars in Other Peoples’ Countries! Imagining What Many GIs Who Lost Their Lives Might Be Saying On Memorial Day If They Could Speak From Their Graves: ‘While our family and friends mourn our absence, conglomerate owned media, after having used our patriotism to have us fight criminally unjust wars based on lies, now hypes our inglorious death as beautiful military service, blacking out our senseless massacres of millions over the last 60 years.’

What Dead GIs Would Say To the World on Memorial Day About Being Praised As Heroes If they could speak from their graves, GIs who died shamefully killing, maiming and destroying within innocent populations would appeal to Majority Humanity in the ever targeted for plunder 3rd World to effect the same level of solidarity that the racist neocolonial investment banker driven imperialists of the 1st World of mostly Caucasian population display, and bring their five centuries of genocidal plunder to an end.      Assign Serie

Mourn Deceived GIs! “US Foreign Policy Greatest Crime Since WWII” (Ex US Att. Gen. Ramsey Clark) In 1994, Ramsey Clark wrote in his The Fire This Time – US War Crimes in the Gulf, “The greatest crime since WWII has been US foreign policy,” in Crime in America, 1970, “Crimes are meant to be prosecuted,” and in Challenge to Genocide, 1998 that ‘investments in the illegal and genocidal use of the nation’s Armed Forces, CIA and mass media will be made unprofitable and brought to an end through prosecution under the law’

Memorial Day! Americans Honor Military that Collaterally Slaughtered Millions of Non-Caucasian Children Memorial Day will eventually evolve into a day of mourning not only the military deaths of friends and family, but for having been deceived by a media owned by profiteers in the genocidal use of America’s Armed Forces all around our blessed world. There will be intense interest in the prosecution of everyone responsible for their shame in the eyes of tens of millions of victims of their lamentable ignorance.

Memorialize US Military’s Worldwide Genocidal Crimes Against Humanity Awaiting Special Trial in … It’s now 2022. During the last eight years the economic, political, military balance of power has shifted. Emerging economies led by China, India, and Brazil have the greatest productivity and financial growth. With the dollar ceasing to be the world’s trading currency, the US lost ability to print new money to cover debts and threaten sanctions. A reconstituted UN has set up a special court to try US & NATO for genocide.

Good Americans Mourn First the Millions America Slaughtered, Then Mourn US Soldiers Veterans For Peace Memorial Day Press Release should say that VFP, or at least many if not all VFP, first mourn the patriots of US invaded countries that fell fighting against overwhelming odds, and their civilian countrymen and children who fell in harms way of those US invading forces. Nothing less than this can dent the Memorial Day adulation for dying for what King called “atrocity wars to maintain predatory investments

Post Memorial Day MLKjr Cautionary: “My Country Greatest Purveyor of Violence in World” In direct and absolute contradiction to MLKjr’ teaching, Obama, on Memorial Day 1012, told us the soldiers fallen in Vietnam [in a war King called an atrocity and genocide] “had kept America free.” Does Obama believe he can get away with it because every president since Truman praised invasions and attacks on small nations engineered by Rockefeller confidants Dulles, Kissinger and Bzrezinski? “The Times They Are A Changing”.

Vets Ask “Mourn For Those Killed By Americans in Battle in US Wars of Aggression!” “On this Memorial Day, Veterans For Peace asks you to mourn not only for Americans killed in battle, but also for those killed by Americans in battle, to accept that these war deaths did not have to happen–that they are actually in vain. Hundreds of thousands of innocent people have died in American wars of aggression. That is a tragedy and is a truth that must be accepted and for which we must take responsibility.” VFP Pres

A Nation Always Murdering in Smaller Countries for its Rich Investors Is Evil During Memorial Day moments of silence to honour those who “gave’ their lives, exclude my six bunk mates buried somewhere in North Korea. They would be really pissed, being thanked for dying while killing dirt poor people in their own country because of phoney radio, newspaper praise of how we were protecting Koreans from Koreans. 16 wars -same simple-minded protecting people from themselves. Lies re Libya’s pro US insurgents

A Memorial Day Press Release From Some American Veterans We will no longer participate in selective mourning only America’s war dead. We will mourn all victims of war, the millions of civilians, the hundreds of thousands of our designated enemies fallen in their motherlands, and then, having put others first, as in common humility, will we mourn the tens of thousands of our very own fellow citizens who sacrificed their lives for, or thinking it was for, the good of our nation.

Mourn! Not Honor!, Our Dying in Dishonorable, Murderous Wars Instead of solemn mourning, on Memorial Day, media, having tricked us into fighting and dying in unjust, murderous wars based on lies, now hypes our inglorious death as beautiful military service to entice recruits. Save the use of the words ‘honour’ and ‘praise’ for someone like Muhammad Ali, who refused to do what most American, for all patriotic intentions, unfortunately went along with. Mourn civilian deaths and ours together.

Most War Dead Are Civilians: On Memorial Day, Mourn Them First To honour only US military dead is to glorify the military mindset. Non-Americans watching CNN in Korea, Vietnam, Dominican Republic, Panama, Afghanistan, and Iraq will likely be squinting in grim incredulity at American indifference to the loss of THEIR countrymen’s lives. Memorial Day is NOT Veterans’ Day, but a day of solemn mourning, let’s be inclusive

U.S. Military Deaths Glorified – Indifferent Scorn for the Non-American Millions Grieving Memorial Day, originally intended as a solemn day of mourning for families has long become an opportunity for jingoistic media, deceiving politicians and recruiting officers to glorify warfare as a means to entrap the young. Loved ones cut down for having gotten ‘in harms way’ of invading & occupying U.S. military are not considered. Author recalls the hype of each war. We honour the dead best by mourning our ignorance. H Zinn

Honor Our Fallen by Remembering All Those Fallen ‘Foreigners’. How best to serve our fallen soldiers’ memory while remembering the millions of ‘foreigners’ who were killed by our countrymen? Put ourselves in the shoes of Korean, Vietnamese, Laotian, Cambodian, Panamanian, Iraqi and Afghan bereaved families. Could we even imagine such bombings upon US towns and countryside? We can improve the whole world and ourselves with such imagination. Make a War Victims Day to foster war prevention.

Victims of War Remembrance on Memorial Day Veterans initiate a broader commemoration on Memorial Day to include the fallen soldiers of both sides and especially the innocent civilian dead. This project has the endorsement of peoples historian Howard Zinn and many other writers, editors, clergy, veterans and people from all walks of life. A Memorial Day for all victims of war. Koreans, Vietnamese, Laotians, Cambodians, Iraqis, Afghanis, Libyans, Syrians and last but not least the Americans duped by criminal deep state owned monopolized US media.