Mar 17, 2022 Neo-Nazis in Ukraine, conflict between Russian and the Ukraine, Provide safe passage for Africans and all People of Colour out of Ukraine 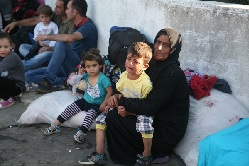 The conflict between Russia and Ukraine has shown how the mainstream media creates racial divisions in society when it suits the political narrative.

First white people were told to take the knee in solidarity for the black lives taken by members of the police, then conveniently the media has largely been silent and uncritical about the treatment of refugees from Africa, the Caribbean and the Middle East, who are fleeing Ukraine. (Black And Brown Lives Has Not Mattered To The Mainstream Media In The Ukraine/Russian Conflict: March 4, 2022)

Nor has the mainstream media felt it necessary to educate the British public of how a significant Nazi element are deeply embedded in Ukraine society. (Why Does No One Care That Neo-Nazis Are Gaining Power In Ukraine? (Forward: December 31,2018)

When the government announced that it was going to financially assist British families who house refugees from Ukraine, refugees from Africa and the Middle East must have felt sick!

The British government, under Tony Blair’s leadership, invaded Iraq under the false pretext of the notorious weapons of mass destruction scenario, and we now know that the real reason for the invasion was regime change, and the Iraqi oilfields. (The greatest spin story ever told: Obama’s Iraq withdrawal speech: September 2, 2010)

When the people of Sudan faced conflict and war; again because of western governments, and their psychopathic desires to control the world’s energy resources; again, there was silence. (How the West divided Sudan: February 7, 2011)

It should come as no surprise to seasoned readers that the British government, and the mainstream media continue to play communities and races off each other. From championing justice for Stephen Lawrence to promoting votes for far right leader Marine Le Pen: The two-face treachery of the Daily Mail (April 22, 2012) Whether it is the casual reporting about the birth rates of non-white communities (Why is the British media obsessed with keeping Britain white? (November 18, 2010), or the whipping up of the public into a frenzy about Black Lives Matter. The mainstream media can not be trusted.

The political parties fare no better. When it comes to an election campaign they are known for playing communities off each other, and bringing up their ace card, the race card; and immigration. (Tories tarnished in racial ‘airbrushed’ pictures row: March 22, 2010)

So let’s stop allowing the mainstream media and corrupt politicians to control us. Let’s throw a spanner in the works!