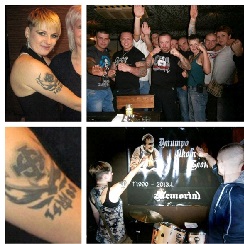 The two-faced, backstabbing, mainstream media, are at it again. They whipped us up in to a frenzy, in 2020, when 46 year-old George Floyd was strangled to death by Minneapolis Police Officer, Derek Chauvin; but have remained mostly silent when black and brown refugees are racially attacked and intimidated by the Ukraine police.

A group of international humanitarian lawyers are urging the United Nations to take action over what they refer to as “abominable” racism in the Ukraine against black and brown refugees. (People’s World: Black Refugee Lives Matter: U.N. urged to act on Ukraine border racism: March 3, 2022: by Bethany Rielly and John Wojcik)

According to the article, there are over 500,000 non-white people in the Ukraine trying to flee the war, but they have been barred from boarding trains and buses, in favour of white Ukrainians.

The same mainstream media that were supposedly incandescent with rage over the murder of George Floyd. The same ones that told us to take the knee on the streets and at major sporting events, are now suspiciously silent. The Black Lives Matter Movement … silent. The so called Black leaders in the US and Western World … silent. The thousands of people who took to the streets and tore down statues of historical slave owners … silent.

Writing for the Black Agenda Report, Margaret Kimberley tells us that “A group of Jamaican students was forced to walk 20 kilometres when they were forced off of a bus enroute to Poland.” (Ukraine Exposes White Supremacist Foreign Policy: 02 March, 2022)

The Far-right, The West and Ukraine Nationalism: A Tripartite Of Evil

Perhaps the mainstream media does not want you to know that the current Ukraine leadership is in bed with far-right, Nazi elements.

Read Michael Colborne’s article, Why Does No One Care That Neo-Nazis Are Gaining Power In Ukraine? (Forward: December 31,2018)

You can read Olga Sukharevskaya’s article, How Ukraine’s ‘Revolution of Dignity’ Led to War, Poverty and the Rise of the Far Right (Global Research: March 3, 2022)

So while the media is demonising white people; specifically white males, on the other hand they ignore the racism and Nazi elements in the Ukraine. Someone is being played for a fool, I would say.

With rising energy bills; and rising taxes, and rising food costs; the mainstream media rarely reveals to us, who is pocketing the profit from our misery. The fact checkers never reveal to us who is profiting the money from war, poverty and debt.

Whether you are far-right; far-left, liberal; conservative, gay; straight, non binary; whatever identification you are comfortable with, it’s time to think for yourself.

Pastor Martin Niemoller was an anti-semitic; pro Nazi sympathiser, until the Nazis started to control the church, when his views began to change. He is famous for saying these words:

Some of you may find temporary joy in cancelling people that you do not like on social media. You may find temporary joy in attacking tradition, and the beliefs of other people; but history shows that it will be short lived. The real rulers of the world; otherwise known as the financial elite, who own the debt of every nation; and every working person on earth, will eventually come for us all.