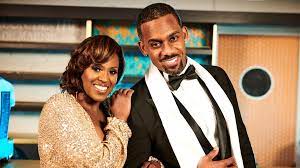 A Day To Showcase Black Talent On TV

On Friday, 10th September from 6am in the morning, Channel 4 will be dedicating a whole day of programming to black talent, to tackle racism, the lack of black representation on television, and promote long term change however, more black talent and faces on TV is not the answer to tackling racism and the broadcaster misses the point entirely.

Fancy seeing Countdown hosted by Trevor McDonald? Or would you rather watch an episode of Gogglebox with an all black cast? Want more? What about a whole hour episode of Hollyoaks with an entire black cast? These are just some of the talent represented in Channel 4’s 24 hours Black Takeover Day. (Tellymix: Channel 4 Black to Front date, programmes and schedule revealed: by Annaleigh Rose Clarke: August 26, 2021)

I must admit, that I myself will be tempted to watch despite knowing that this will not in any way combat the serious nature of racism in all it’s depth. More black faces does not equate to more diversity or less racism in my opinion.

We have great Black British homegrown talents such as David Harewood, Idris Elba, Naomie Harris and Thandie Newton, yet they are known more for the roles that they have played in America than in the UK. Ironically, these actors got more opportunities in the country where George Floyd was murdered than in the UK, which says much about the complicated nature of racism.

If Anti Racism And Diversity Does Not Challenge Western Colonialism, It Is Just Empty Tokenism

I admire Sir Lenny Henry. I grew up watching The Lenny Henry show and laughing at many of his comedy moments. I admire the fact that he is pushing for more diversity on television through his, The Sir Lenny Henry Centre for Media Diversity, which describes itself as “An independent new body working to achieve accurate representation of all sections of society across contemporary UK media.” (https://www.bcu.ac.uk/media/research/sir-lenny-henry-centre-for-media-diversity)

When UKIP candidate William Henwood Tweeted that Sir Lenny Henry should go and live in a black country after he called for more black and ethnic minority people in the UK creative industries in 2014, my response was brutally honest. (‘If you don’t like it in England, go home’. What exactly is meant by this statement?: May 3, 2014)

I uncovered and exposed the vast global network of Western corporate exploitation of Africa and Asia. Exploitation that is responsible for world hunger, the deliberate underdevelopment of the African continent, and the displacement of tens of thousands of refugees and immigrants that come to the West every year Corporate greed has led to the world food crises and starvation in Africa (January 15, 2011)

I would love for Sir Lenny Henry, and all the black talent in the UK to challenge western economic colonialism, through the creative industries, so that young minds of all races in the UK and abroad are inspired to take on these issues. Sadly, what I see is an exploitive, parasitic capitalist system that is dominated by Europeans, promoting black talent to appear to be diverse and anti racist. If you add more black and brown faces to this system you do not get less racism, or more genuine diversity, you get the same exploitive system with black and brown faces sharing in the spoils. Tokenism, is not genuine racial equality or diversity. It is a travesty of racial justice.

Black TV presenter called a ‘nigger’ at the Baftas