Sentencing of the Oxford rapists Women protest both rape and racism 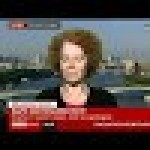 Jun 26, 2013 Oxford rapists, Karrar and the two Dogar brothers, Black Women’s Rape Action Project & Women Against Rape, Oxford and Rochdale cases are Muslim and the girls we know about so far are white

Seven men will be sentenced for 43 offences – ranging from rape and conspiracy to rape to supplying Class A drugs to using an instrument to procure a miscarriage – against six underage girls. But what about the police officers and social workers whose refusal to act enabled these rapes? Will they be prosecuted for aiding and abetting rape? Were they involved in other ways? Is that why they didn’t act against rape? Or is it their bias against working class children and against rape victims generally?

For 8 years police and social services allowed girls between the ages of 11 and 15 to be systematically raped. They even threatened to arrest some of the girls when they reported. As with Savile, with the care homes in Jersey and Wales, with Rochdale and many other cases, those responsible for the children’s protection refused to ensure their safety and welfare, and protected the childrens’ rapists instead. They blamed the children, even labeling child victims ‘trash’ and the rapes they were suffering a ‘lifestyle choice’. That is just what the rapists did. How are they different?

But because the men in the Oxford and Rochdale cases are Muslim and the girls we know about so far are white, media racism has let the authorities off the hook, calling rape a “cultural problem”. Instead of pressing the authorities for an answer, much of the media is feeding the EDL and other racists looking for excuses to attack people of colour, women and men. Yet we know, and the Deputy Children’s Commissioner Kate Berelowitz has emphasized, that teenagers all over the UK are being raped by adult men who are mostly white. Her 2012 report said: “The evidence is clear that perpetrators come from all ethnic groups and so do their victims – contrary to what some may wish to believe.” The report also suggested that the proportion of Asian perpetrators in the official figures may be higher because the police were targeting non-whites. In other words, white rapists are even more likely to get away with it.

Reported facts in the Oxford case – do they not amount to criminal neglect by the authorities?

v Victims contacted Thames Valley Police at least six times but investigations were halted when they withdrew. One was even threatened with arrest for wasting police time over her repeated absences from a children’s home.

v Girl A reported to police in 2006 being held against her will and forced to snort cocaine, leaving her unconscious. No charges followed.

v Later in 2006, Girl B called police to report rape. When they attended she was in a house with 11 men, having run away from a children’s home. No charges followed.

v A few months later, Girl A’s rape report was investigated. A man was questioned but denied it. No charges followed. He abused girls for another five years.

v Police were called by a guest at the Nanford Guest House who heard crying and responses to pain in a nearby room. No charges followed.

v Karrar and the two Dogar brothers were arrested in 2006. No charges followed.

v One of the girls in care went missing 126 times, and it was the “general consensus” among staff at the home that she was being sexually groomed by older men in 2007-2008. They reported this to police. No charges followed.

v In 2011 a determined police investigation into sexual abuse of children finally began, and a number of men were eventually charged and some of them prosecuted.

v Two of the children’s homes were closed down. Three successive Ofsted inspections in the year ending May 2008 had found them lacking a safety strategy.

v When Girls A and B returned to the home in a taxi, a care home manager refused to pay the fare and the driver took Girl A, aged 14, back to Oxford where she was raped again the next day. The carer was later sacked and the privately run home where girls were placed by Oxford County Council was closed down.

v Girl C was resuscitated by an ambulance man who told her she had had a massive overdose of heroine.

v The mother of one victim said the authorities had treated her daughter like “white trash”.

v The six girls were further tortured in court during the trial. One girl was aggressively cross-examined by seven barristers over three weeks. They were called liars, had their integrity and lifestyle questioned, and were branded “naughty girls” and unreliable witnesses.

In Rochdale and in Oxford, girls from working class backgrounds were raped for years despite repeatedly reporting to police and social services. Police claimed they didn’t arrest the men because they were worried they would be accused of racism. Yet they have no qualms carrying out thousands of stop and search on men of colour who haven’t been accused of anything. Police are 28 times more likely to stop men of colour than white people; 10 times more likely to stop Asian Britons than white people. (Equality & Human Rights Commission, Vikram Dodd, Guardian 12 June 2012)

The chief constable of Thames Valley Police, Sara Thornton, and the chief executive of Oxfordshire county council, Joanna Simons, said they would stay in their posts despite criticism over the scandal.

The head of Rochdale Council resigned without facing charges. A damning independent report found that the council’s former chief executive Roger Ellis “did not appear to be interested in children’s social care issues” and said there was no evidence that he had any intention of investigating the events that led to the jailing of nine men in May last year for offences including trafficking, rape and sexual assault.

Karin Ward, one of Jimmy Savile’s victims and a former resident at Duncroft school for girls, where Savile was allowed to roam, said that she sensed, “That’s what we were for.” (Panorama 22 October 2012) Duncroft’s retired head Margaret Jones dismissed the claims of her former pupils as “wild allegations by well-known delinquents”.

Years of ignoring reports of child abuse from Jersey to North Wales prove that the priority was not to stop rape, but to shield the criminal and in some cases their connections in high places so as not to disturb the status quo. None of the wealthy chauffeur-driven regular visitors to North Wales children’s homes or other big shots have been prosecuted.

A whistleblower revealed that police spied on Stephen Lawrence’s family to get ‘dirt’ on them so they could undermine their campaign for justice. Rape victims are routinely undermined by police who seem more anxious to discredit us than to arrest the men who have raped us. In the Oxford case child victims were blamed for what violent adults did to them. Other rape victims have even been prosecuted: Gail Sherwood, a mother of three, and Layla Ibrahim, a pregnant young woman, were both jailed while their rapists are still at large.

We now know that working class children with the least social power are treated by police and social services as sexually available and disposable. The government shows no interest that their cuts undermine women’s and children’s ability to escape rape. Is that part of the austerity policy’s attraction? With the welfare cap and cuts limiting child benefits, and thousands of families being moved out of London, many more women and children are already experiencing destitution, lack of food for their children, loss of safety and support networks making it impossible to leave violent relationships. More children will be taken into care or foster homes and become rape victims. Legal aid cuts are limiting even further our access to justice and protection. Only the rich can afford to use the law.

Getting justice for victims and stopping cuts that increase our vulnerability could begin to stop this rape cancer. It would encourage those police and social workers who want to act against rape rather than those who cover up for rapists.

The only way “lessons will be learnt” is if those in power who rape or collaborate with rapists are arrested, prosecuted and convicted. Without justice the only lesson ever learnt is how to get away with rape, of children and adults.

Sentencing of the Oxford rapists
Women protest both rape and racism.

Police and social workers also trashed victims – will they be prosecuted?