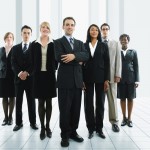 On the Guardian online website today, Kenan Malik debated whether multiculturalism has been good for Britain. In his view multiculturalism places people in ethnic boxes which serves to divide rather than unite communities.

He argues that multicultural political policies rather than empowering ethnic communities has disenfranchised and misrepresented many within those communities by categorising them as one group rather than different sub groups within a group with different needs relating to gender, religion and class etc.

He also said that multicultural politics have caused problems within communities, for example when communities minister John Denham’s announced last year that £12m would be allocated for white working-class communities.

Malik argued that despite the government trying to ease community racial tensions by giving money to poor white communities thereby reducing the possibility of further BNP votes this move actually emphasised difference. It gave a privileged status to whites as it does with ethnic communities and here lies the problem.

Malik is correct in pointing out how tensions can occur through selective multicultural policies, however it can be argued that he fails to connect the obvious factor which led to community grants based on ethnicity in the first place, that is racism.

Many political commentators and journalists who criticise favourable treatment of minorities in Britain fail to educate the public to the reasons why these policies come about.

Positive discrimination in employment, in regards to community funding and housing is not favourable treatment for black and ethnic minority (BME) communities but rather a desperate response by the government to tackle racism and inequality in Britain.

As it stands 67 per cent of people from ethnic minorities live in the 88 most deprived wards in England. (CRE: September 2007)

According to Leslie Manasseh, Chair of the 2007 Black Worker’s Conference the unemployment rate for black workers is double that of whites due to racial discrimination in the employment market. He also said that once in employment black and minority ethnic workers face racial barriers to job-related training, education and promotion. (TUC: May 2009)

A Trades Union Congress (TUC) report on July 5 2005, titled “Fifty years to plug ethnic minority employment gap, says TUC”, revealed that it would take almost 50 years for the employment rate of black workers to be equal to those of the general white population.

Child poverty in ethnic communities is staggeringly high, for children of African origin it is (56%), Pakistani (60%) and Bangladeshi (72%), compared with a rate of 25% for white children. (CRE: September 2007)

In light of the evidence positive discrimination and selective multicultural grants have come about to deal with the glaring racial inequalities and to this date not one person has come up with an alternative solution which will please all communities.

A one size fits all policy would arguably be a disastrous political policy as it assumes that everyone is equal when the statistics shows a different picture.

Eliminate racial discrimination and you eliminate multicultural policies it is that simple but obviously harder in reality.

The failures of multiculturalism is due to the British government and the media not explaining to whites why these policies are necessary and if whites are aware of this and are still opposed to these policies then it questions the very tolerance that is often equated to British people. Is it a tolerance based on the colonial belief that minority communities should remain politically, economically and culturally subjugated under whites? This is a question we must ask ourselves.

If it were not for multicultural policies the 67 per cent of ethnic minorities who live in the 88 most deprived wards in England would most likely be close to 100 per cent, the 50 years it would take to plug the employment gap between the black and white population would most likely be tripled and black workers would most likely not be promoted to higher positions within the workplace.

If anything multicultural policies are a shameful reminder that Britain remains a racially unequal society and the failure of these policies points to a failure of race relations in general.