As of 24 January, a grand total of 25 people in China have died from a new strain of flu being dubbed “Wuhan”, after the city where it started. A few days ago, when 17 had died, Chinese media reported that 16 of them were over 65 years of age and the 17th was 61. So, clearly, the elderly is the most at risk group. But, that’s the case for mutating flu viruses every winter.

END_OF_DOCUMENT_TOKEN_TO_BE_REPLACED There is simply no way an impoverished and utterly demilitarized Nazi Germany, with no air force, a tiny navy, no armored vehicles, no heavy weapons and a tiny army, could have on its own, built its armed forces up to the most powerful military in the world during the first six years of Hitler’s rule of Germany in depression without the colossal and crucial investments in, and joint venturing by, top US corporations,

END_OF_DOCUMENT_TOKEN_TO_BE_REPLACED Pictured above: John Potash and his explosive, jaw-dropping book, “The FBI War On Tupac Shakur and Black Leaders – U.S. Intelligence’s Murderous Targeting of Tupac, MLK, Malcolm, Panthers, Hendrix, Marley, Rappers & Linked Ethnic Leftists”. And Americans think they live in a “democracy” with “liberty” and “freedom of the press”. What a sick joke!

I am honored to have Mr. John Potash on the show today, who has done some of the best journalism of the 21st century, if its definition is to expose the truth about the lies of empire.

END_OF_DOCUMENT_TOKEN_TO_BE_REPLACED

China, Bolivia and Venezuela are proof that social democracy cannot thrive in the global capitalist order Pictured above: The US orchestrated coup in Bolivia is being led by White supremist, fascist, Christian fundamentalists, just the type of jackbooted brown shirts the West loves, in order to plunder and rape countries around the world. Washington, London and Paris put fascists and mass murderers in power, because they make Wall Street billions in criminal blood money. Pictured center above is one of their psychopathic henchmen, Luis Fernando Camacho, giving a Nazi salute and wearing the Nazi Iron Cross. Notice Jesus Christ is portrayed on the flag on the right. Racist inspired blood is going to floo the Native streets of Bolivia. Read this article and get goosebumps of revulsion (https://thegrayzone.com/2019/11/11/bolivia-coup-fascist-foreign-support-fernando-camacho/).

The US-orchestrated, fascist, racist overthrow of the popularly elected socialist government in Bolivia is depressing, but not surprising (https://www.rt.com/op-ed/473181-morales-bolivia-american-coup/). As a tweet shown in this article says, it’s nothing new, as this is US coup #5 in Bolivia,

END_OF_DOCUMENT_TOKEN_TO_BE_REPLACED US GIs have been duly honored on Veterans Day. Now let everyone remember regarding any order to invade and or kill in another country: “An order which is unlawful not only does not need to be obeyed but obeying such an order can result in criminal prosecution of the one who obeys it. Military courts have long held that military members are accountable for their actions even while following orders — if the order was illegal.

END_OF_DOCUMENT_TOKEN_TO_BE_REPLACED Pictured above: my Sun Yat-Sen hat I wear, to which I have pinned the iconic Mao Zedong silhouette badge. Below his bust is his famous mantra, “Serve the People”, written in his very recognizable calligraphic style. Many people do not notice, but on the back is the millennial governance motto, “Preserve the Peace”. Walking around the streets and in buildings here, you can see Mao’s famous calligraphic chant all over the place. Nothing has changed about governance in China for 5,000 years.

In the first part of this essay, I showed why Western leaders are generally so bad (https://chinarising.puntopress.com/2019/07/30/why-are-western-leaders-gawd-awful-bad-and-chinas-so-darn-competent-part-i-china-rising-radio-sinoland-190730/). The one sentence answer is they are almost always suborned to serve the interests of the 1% at the expense of the 99%.

END_OF_DOCUMENT_TOKEN_TO_BE_REPLACED

Why are Western leaders gawd awful bad and China’s so darn competent? Part I. Pictured above: it’s the Beavis and Butt-Head Show. Or is it Butt-Head and Beavis? Does it really matter? They, like all Western political leaders are suborned from the get-go, by global capitalist 1% elites.

Every time I come back to the West, this time in France, comparing Eurangloland and China just slaps me in the face. I’m getting to talk to many European citizens about life here and their impressions of Sinoland. I will first talk about Western governance and leadership. In Part II, I’ll compare it to China’s.

END_OF_DOCUMENT_TOKEN_TO_BE_REPLACED Pictured above: Douglas Valentine telling us what the headlines really mean, in his must-read book, “The CIA as Organised Crime”.

I am truly honoured to have Douglas Valentine on the show today and would like to thank Dr. T.P. Wilkerson, whom I recently interviewed, for putting us in touch.

END_OF_DOCUMENT_TOKEN_TO_BE_REPLACED Geopolitical, economic, energy, and military determinants have shaped U.S. Middle East policy since the Second World War. No less significant, however, is the powerful influence of Christian Zionism on the formation of America’s Israel-first policy. With over 40 million adherents, it has become a powerful force in shaping that policy, especially today.

END_OF_DOCUMENT_TOKEN_TO_BE_REPLACED

The sixty or seventy million men, women and children didn’t die because of Adolph Hitler, they perished because the wealthy in the US and Western Europe empowered Adolph Hitler to make war.

END_OF_DOCUMENT_TOKEN_TO_BE_REPLACED

Posted in National News | Tagged The Treaty of Versailles, US and Western Europe empowered Adolph Hitler to make war | Leave a comment

Whom Will We Honour Memorial Day? 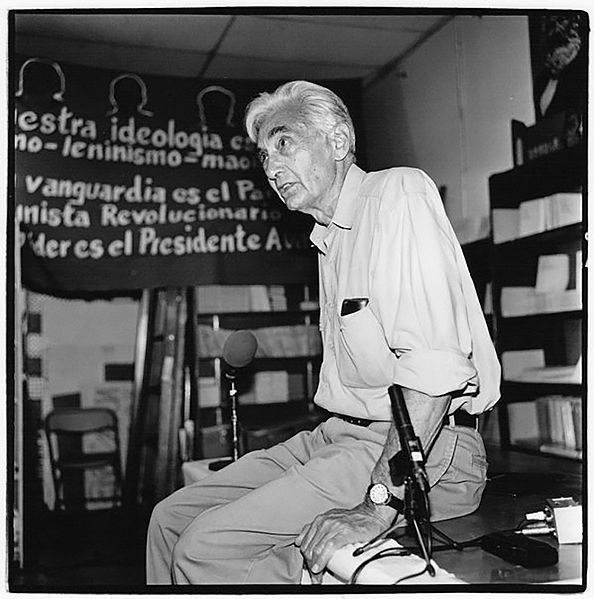 Editor’s note: It was a great honour to be able to publish some of Howard Zinn’s reflections in Tikkun and for me to have his enthusiastic endorsement of my book The Left Hand of God. You can see why I felt such a great loss when he died almost 9 years ago. May his memory be a blessing for all of us–and read what he says below about Memorial Day. —Rabbi Michael Lerner, rabbilerner.tikkun@gmail.com

END_OF_DOCUMENT_TOKEN_TO_BE_REPLACED

Racism and Israel’s election: How did the Jewish state become an oppressive state? 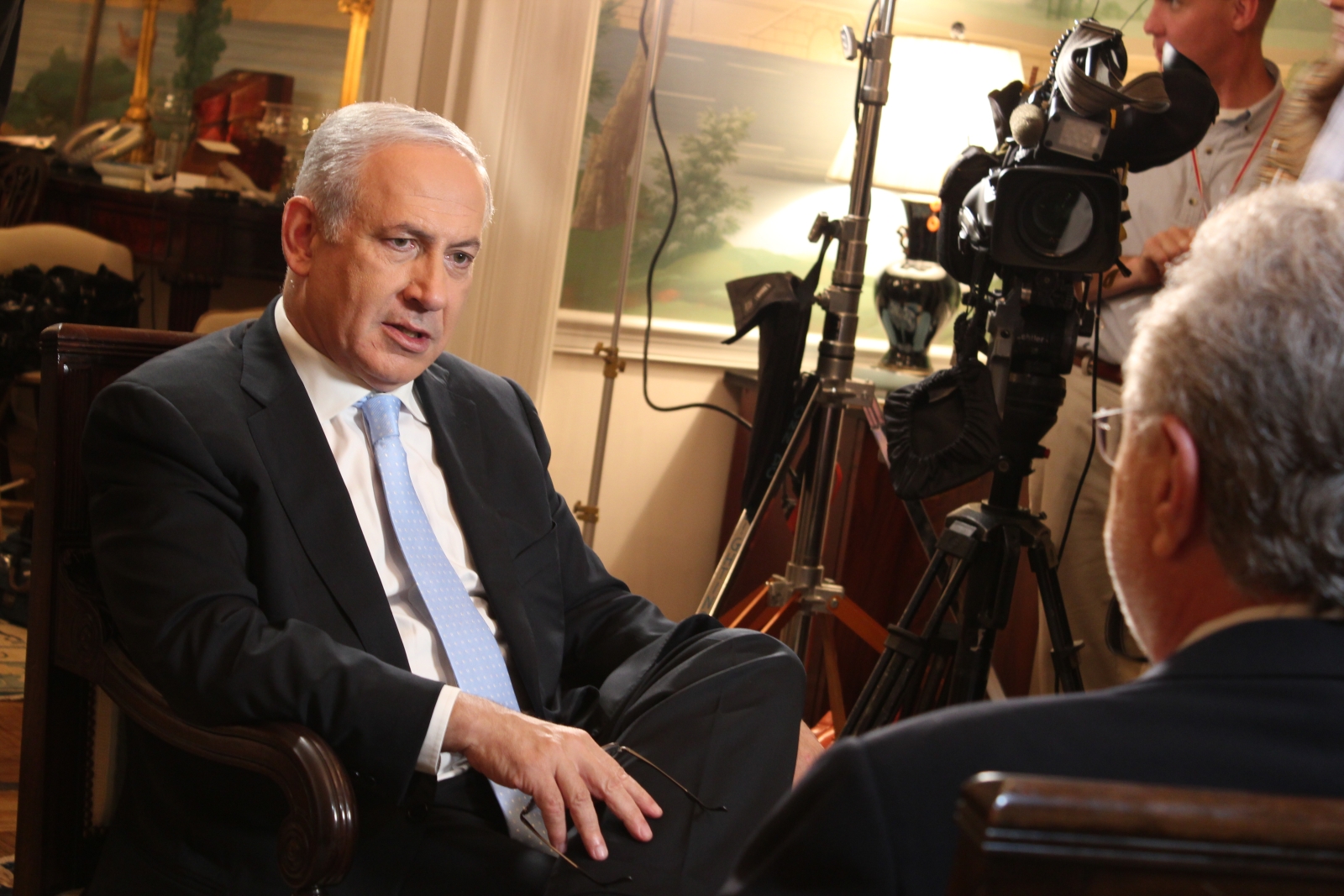 Israel’s election on Tuesday came down to a battle between a prime minister who promised to annex part (or possibly all) of the West Bank and its several million Palestinians into Israel, but without giving them equal rights to Jews, and a former army general and chief of the Israel Defense Forces (IDF) who boasted about how many Palestinians he had killed, or had his army kill, in past invasions into Gaza.

END_OF_DOCUMENT_TOKEN_TO_BE_REPLACED

Mourning the Murder of Muslims in New Zealand..and what to do

We at Tikkun and the Network of Spiritual Progressives are in deep mourning for the 49 Muslims killed and at least 20 seriously injured, in a hate-filled terror attack targeting two mosques in the New Zealand city of Christchurch. The murderer, a few hours before the assault, posted a long statement filled with hatred toward Muslims and asylum seekers, using the familiar discourse of white nationalist extremists.

END_OF_DOCUMENT_TOKEN_TO_BE_REPLACED

Human rights and racial justice organisations across the UK and the rest of the world have been imploring their respective governments to get tough on the media and politicians. For too long people have got away with using dog-whistle politics, laced with racist and Islamophobic rhetoric to further their own populism.

END_OF_DOCUMENT_TOKEN_TO_BE_REPLACED

Defending Our Children and Our World

“As part of the International Women’s Strike, we are taking a stand against the hostile environment, the destruction of life, the threat to our planet caused by corporate greed, wars, arms sales … We invite all women, children and non-binary people to join us, and bring their case in defence of our kids, our relationships, our communities, our planet … We are all under attack.“

END_OF_DOCUMENT_TOKEN_TO_BE_REPLACED

The main thing that students of history have to know about the current crises within Venezuela, is that The Organisation of the Petroleum Exporting Countries (OPEC) has stated that this country has the largest oil reserves in the world. Even more than Saudi Arabia. The thing that we must understand about Western democracy is that the ties between colonialism and Western countries never ended.

END_OF_DOCUMENT_TOKEN_TO_BE_REPLACED

What Does Brexit Mean For Black and Minority Ethnic Communities in the UK? 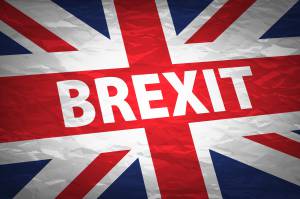 In June 2016, the British electorate voted to leave the European Union following a referendum. For Black and minority ethnic communities (BAME) the vote followed a surge in not only racist attacks, but also a rise in anti-immigrant hostility. Whilst the mainstream media has continually associated many Brexit voters with racism, I believe that BAME communities are not only been deliberately distracted from the bigger picture, but they have also lost their way from the goals of civil rights activists such as Reverend Martin Luther King.

END_OF_DOCUMENT_TOKEN_TO_BE_REPLACED

“We are moving in the direction of a multipolar world,” UN Secretary-General. China is again the world’s greatest economic power as it was through most of human history. As USA loses its economic hegemony it will eventually lose the power to shut people up by threat of imposing crippling economic sanctions. A wave of voices across the world will tell USA to stand down from its threatening nuclear war and nuclear winter.

END_OF_DOCUMENT_TOKEN_TO_BE_REPLACED

Dead `Yemeni Kids? Murdering Children By the Millions For Money and Power Is An American Way of Life

The 3rd World must demand justice for her kids!  Rev. Jeremiah Wright’s, cry “God bless America? No, no, God damn America for her crimes against humanity!” And American film maker Michael Moore’s “sick and twisted violent people that we’ve been for hundreds of years, it’s something that’s just in our craw, just in our DNA. Americans kill people, because that’s what we do. We invade countries. We send drones in to kill civilians.”